The study of linguistic variation as the creative construction of meaning almost inevitably leads to the questioning of some nuclear principles and methods of traditional variationist sociolinguistics – and the label ‘traditional’ should not be taken to mean for its views to have been significantly modified over time. In fact, the theoretical nucleus of the paradigm has remained virtually unaltered to this day, at least as regards the status granted to meaning as a component of variation. Meaning equivalence or identity between linguistic variants is still usually held to be a prerequisite for scientific analyses to be feasible; such identity is argued for even in cases when it proves scarcely intuitive. Chambers (2013: 5) illustrates variation in morphosyntax with the classic case of simple vs. double negation in English, e.g. We don’t expect any help vs. We don’t expect no help, stating that “the two sentences convey exactly the same grammatical meaning and everyone who speaks English with even minimal competence recognizes their semantic identity”. In his view, either variant is endowed with a different sociolinguistic meaning – double negation being considered nonstandard and usually reaching higher frequencies in less-privileged social groups – while their linguistic meanings are identical.

The usual stance on synonymy is hardly detachable from a scarcely accurate notion that has also enjoyed wide currency in sociolinguistic circles – that grammatical and discursive phenomena do not usually show statistically significant correlations with social and situational factors (Silva-Corvalán & Enrique-Arias 2017: 246-247). However, it is not difficult to suspect that such alleged lack of significance is largely related to the very ways in which those factors are conceived and segmented. Typical approaches to society as divided into more-or-less clearly differentiated socioeconomic levels, as well as to communicative situations as orderly disposed along unidimensional axes such as formality, are rather at odds with the conspicuous reality of ever more diverse, fluid and non-discrete social contexts and human communities in the contemporary world. This is particularly evident in digital or computer-mediated communication, a domain where at present a high proportion of the population in Western countries carries out many of their everyday activities, to the point that the distinction between online and offline communication, thus between the personae that speakers tend to project in each domain, is starting to become obsolete (Herring & Androutsopoulos 2015: 287).

There is at least one capital figure within variationist sociolinguistics – Penelope Eckert – who has stressed the relevance of meaning – that is, the relevance meaning should be granted – in the study of variation and of the development of communicative styles. Even if Eckert does not seem to explicitly reject the Labovian principle of synonymy, and she herself has usually limited her own research to phonological and morphological phenomena – including double negation – she has clearly expressed an understanding of the fundamental fact that linguistic variants carry different meanings, and that the latter need not in principle be restricted to the social and stylistic axes. The following words are quite revealing in their suggestion that the configuration of different ways of being may involve saying just different things:

Sociolinguists generally think of styles as different ways of saying the same thing. In every field that studies style seriously, however, this is not so – style is not a surface manifestation, but originates in content. The view of style I present here precludes the separation of form from content, for the social is eminently about the content of people’s lives. Different ways of saying things are intended to signal different ways of being, which includes different potential things to say (Eckert 2008: 456).

Besides, the author takes a distance from the static and largely deterministic view of social classes and other ‘external’ factors of variation that inspires much of the variationist enterprise: “The social is not just a set of constraints on variation – it is not simply a set of categories that determine what variants a speaker will use – it is a meaning-making enterprise” (2008: 472). This view of linguistic choice as meaning-making has always been quite evident to schools outside sociolinguistics proper, such as Halliday’s systemic-functional linguistics, itself a derivation of Firthian functionalism, and whose influence is in turn patent in later models such as Biber’s multidimensional approach. These and other research traditions do not seem to have much of a problem with accepting that speakers can choose between different options to say different things. In other words, varieties are functional and not merely formal – and this marks the most fundamental difference between the notion of registers and the rather more limited sociolinguistic one of styles. This way, Biber & Conrad (2009: 265) unequivocally state that:

[S]peakers and writers choose from the entire inventory of lexico-gramatical characteristics of a language, selecting the linguistic features that are best suited functionally to their situations and communicative purposes. These choices are explicitly not meaning-preserving, and they are explicitly functional, because different registers do not express the same kinds of meanings.

Despite the abundance of statements and of evidence pointing in this direction, sociolinguistics proper has more often than not refused to accept – let alone to take scientific advantage of – the fact that variation can generate meanings that are by no means restricted to the social and stylistic axes as traditionally conceived. This is all the more intriguing when we think that Labov himself has often disdained the very term sociolinguistics as a label for his own work, stating that all linguistics is inherently social. It has progressively become obvious that the construction of social identities need not be restricted to the – often anecdotical – use of phonetic features that are subject to some kind of social evaluation in a community. Why, then, should linguistics not pay attention to all those choices that build social life as they build ‘internal’ or ‘functional’ meaning? Be that as it may, little progress seems to have been made in this respect. Even a renowned specialist in stylistic variation like Schilling (2013: 344) is careful to point out that the social meanings of linguistic variants should be considered arbitrary. The author distantiates herself from what she calls iconicism, which she associates with prejudices such as the popular notion that articulatory relaxation is an index of laziness or lack of education. Unfortunately, her claims seem to be restricted – as usual – to the phonological level, so it is not clear whether iconicism should be as objectionable with linguistic levels where conceptual meaning is involved.

In communicative practice, speakers resort to a wide range of semiotic codes – language, voice, gestures, aesthetics, habits, ideology – to produce style, just as to interpret it in others’ choices. In a comment to her most recent collection of papers, Eckert concludes that variation theory “ultimately must deal with meaning” (2018: 163). Her views – at least as expressed in the excerpts transcribed – are close to those expressed by Coupland (2011: 142), himself an author coming from variation studies, but whose approach to style eventually proved irreconcilable with that of the school: “Style is not at all a matter of alternation between semantically equivalent and semantically neutral forms under the influence of situational constraints. It is the exercising of meaningful choices through language, where those choices play a role in articulating the social situation”.

Finally, the fact that style as the creation of meaning concerns all aspects of linguistic usage also becomes evident in more pragmatic-oriented studies such as the one by Scott (2019). The author analyzes referential expressions and shows that their functions are hardly limited to the contextual indexation of certain participants; rather, they make it possible to communicate attitudes and emotions on the part of the speaker, and more generally to create various stylistic and poetic effects. Her findings are easy to connect with those of the many investigations carried out by the CoSoLen group on Spanish grammatical persons and their different formal variants as resources for the discursive and cognitive construction of participants. It thus seems necessary to keep on pursuing research within our model of variation as different ways to say different things (Aijón Oliva & Serrano 2013: 19-23), in order to develop a theoretical paradigm that conjugates sociopragmatic analysis with the functional-cognitive view of language as the basis of thought and behavior. 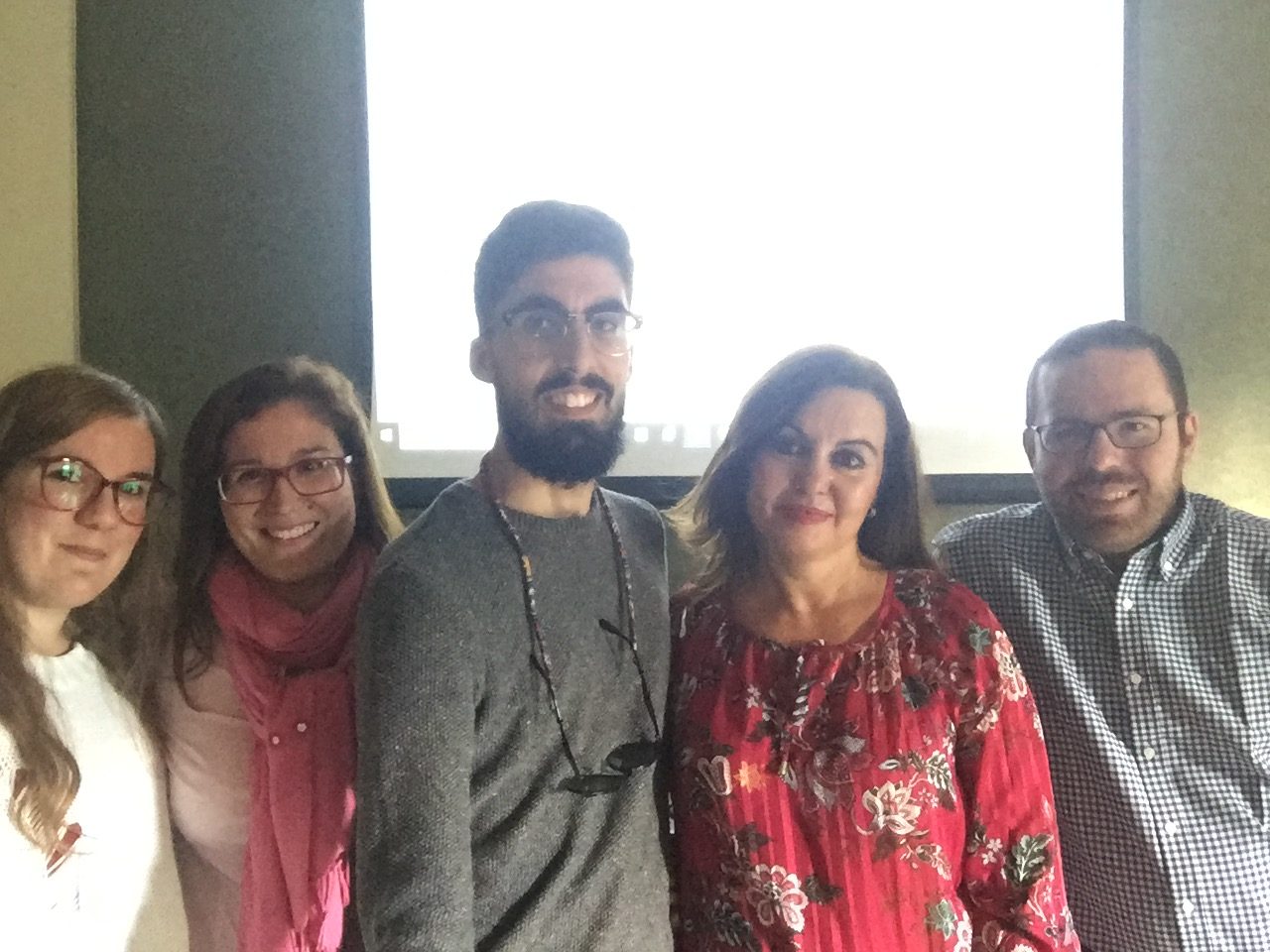