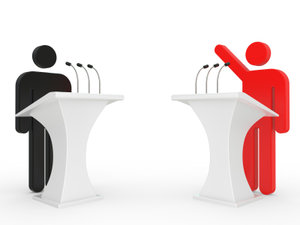 A paper entitled “Politicians in their communicative contexts: Variation of second-person tú and usted in Spanish informative-debates” has been presented at Political discourse in the Romance Speaking Countries: New Perspectives at the Crossroads of Linguistics and Social Sciences Workshop (Stockholms Universitet, Sweden, October 9-11) by María José Serrano.

Grammatical persons constitute an idoneous field to demonstrate that each form enacts a different perspective of the referent they indicate from a cognitive basis. The second-person singular (tú and usted) detaches the discourse from the speaker’s own sphere, and it may index to an interlocutor or rather to a non-specific or general referent. Regarding usted, its historical origin as a nominal phrase with polite meaning (vuestra merced) is analogous as other third persons still used nowadays (su señoría, su excelencia), and this reveals that it should be considered as part of a third-person category, entailing an indirect way to index the interlocutor. The inherent third-person reference of usted bears a remarkable contrast with the perspective endowed by the second person. In fact, its extradiscursive deixis is what has made it possible to add this pronoun to the second-person paradigm.

Considering these pronouns as meaningful choices by themselves, this study attempts to go beyond the traditional approach that treats them as terms of address, delving into the discursive and cognitive traits which underlie such a variation. It can be hypothesized that rather than a simple case of formal variation, the second-person singular pronouns tú and usted constitute a matter of communicative choice with repercussions not only on the management of the image of the speaker or interlocutor but also on the meaning that is intended to be communicated.

The analysis of tú–usted variation from this theoretical angle will be based on the media section of the Corpus Conversacional del Español de Canarias, which comprises texts from different regional TV and radio programmes. This research will be aimed at demonstrating the extent to which this case of variation and the meaning created by each pronoun and its variants on the basis of the salience and informativeness cognitive properties is unevenly distributed in certain speech situations and by different speakers to accomplish concrete communicative goals. The analysis of the normalized frequencies of this variation in diverse textual genres reveals that tú is more frequent in the most interactional ones such as talk shows and magazines, and this is due to the topics dealt with, where both the speaker and the interlocutor tend to subjectivize the content and need to feel closer to each other to better develop their conversational tasks.

The overall frequencies of usted indicate that it is more commonly used in informative-debates, primarily devoted to argumentation and discussing breaking news. The distribution of socioprofessional affiliations of speakers are tightly connected with these results: private individuals tend to use tú, not only as a consequence of the mass-media situations in which they participate, most tending to subjectivity, but also owing to the absence of any need to present a self-image in such communicative situations. The opposite is found in journalists and politicians, these being the groups that prefer the use of usted, taking advantage of this choice as a way to objectivize their utterances, as well as to develop particular speaker images in the discourse. In addition, the recurrent use of usted among politicians supports the general idea that this is the most acceptable pronoun to be employed by this socioprofessional affiliation. The occasional shift to tú in the discourse of a politician may cause negative and rather blameworthy reactions among interlocutors or the audience probably because the content of the speech of a politician is expected to be performed as objectively as possible. Some important findings have shown that pronominal choices in political discourse are usually made to accept or reject responsibilities and tend to configure a particular style of participants. It has been demonstrated that usted (and its plural ustedes) is the most expectable second-person pronoun in political discourse. Thus, by indexing an interlocutor or audience with this choice, politicians would be avoiding the subjectivity attached to tú, and this will help in the construction of a discourse primarily oriented toward objectivity.

These tendencies are also confirmed by the analysis of each pronoun as relative variables. Although the omitted variant remains the most frequent, the variation between the expressed preverbal and postverbal variants gives rise to a slight increase or downplaying of the subjectivity and objectivity inherently performed by tú and usted, respectively.

The sociocommunicative distribution of the variation of tú and usted has enabled us to sketch the existence of patterned and situated communicative styles by means of their different inherent cognitive meanings, which have been proved to be at the disposal of speakers to achieve their communicative goals in discursive interaction. 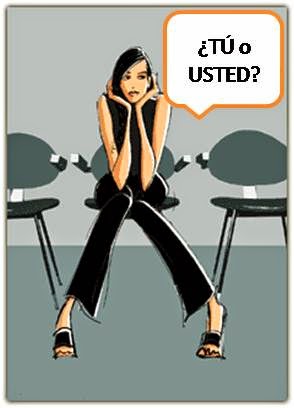