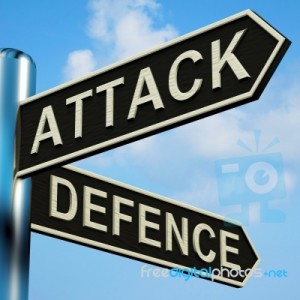 The choice between Spanish active and periphrastic passive constructions with the verb ser ‘be’ has been addressed in different descriptive, functional and correlational studies, just as in other languages having similar structures. The phenomenon seems to readily lend itself to conceptualization as a grammatical variable, involving two syntactic structures that may be used to represent the same real-world event (examples 1a, b).

Linguistic variants are usually conceived as synonymous options whose choice is statistically conditioned by certain independent—internal and often also external—factors. However, there are quite obvious differences between (1a) and (1b) as regards the perspective from which the event is watched. This is reflected in the allocation of grammatical functions—particularly the subject and its agreement with the verb—and the syntactic order. Given the essentially iconic nature of grammar posited by different functional and cognitive models, it makes little sense to assume that two grammatical structures like these can mean the same, or that their meanings can be contextually neutralized. The apparent descriptive equivalence—the fact that both constructions can describe the same event—does not rule out the possibility of variation at other levels of meaning.

The paper “Grammatical choice and meaning in media discourse: The Spanish periphrastic passive”, by M. A. Aijón Oliva (to be published in Studies in Media and Communication), investigates the use of Spanish passive constructions across the written-press and radio texts of the MEDIASA corpus. The statistical patterning and the contextual effects of the passive are analyzed across a variety of textual genres and speaker socioprofessional groups within the domain of the media. The construction turns out to be more frequent as discourse approaches the prototype of written, informational communication, such as in press news items and radio news reports. It is a relatively frequent choice when an entity first introduced in discourse as a syntactic object later rises to the position of preverbal subject (example 2).

‘The managers of the Matacán air base have selected 286 students from several primary and secondary schools of the province as attendees to the acts of inauguration of the “Eco Matacán” theme park. The kids have been selected through a drawing, poetry and composition contest.’

As regards speaker groups, the passive is especially typical of journalists and broadcasters, in accordance with traditional intuitions of prescriptionists. However, the rest of the socioprofessional groups analyzed also use it as a stylistic resource in certain contexts. Politicians often resort to it when intending to invest discourse with high assertiveness; and even the speakers with the lowest rate of the construction—private individuals—sporadically choose it when seeking an elaborate writing style in letters to the editor of a journal, as in example (3).

‘I believe it is a humanitarian act to progressively remove architectural obstacles, so that blind and other physically handicapped people, as well as the elderly, will be able to walk at ease. A case in point is the new traffic circle in El Rollo and its pedestrian crossings, where all sidewalk curbs have been lowered.’

A relationship is hypothesized between such distribution and the inherent discursive meaning of the passive. Its basic motivation appears to be the enhancement of the salience of a semantic patient by placing it in the position of the clause subject, which is parallel to a notional blurring of the agent. This largely explains the usual occurrence of passive constructions across informational discourse dealing with external third-person referents. In turn, people who—due to their occupation and general social milieu—participate most assiduously in written informational interactions should be more inclined to using the linguistic constructions associated with them. The higher frequencies of passives in those social groups most often involved in activities of public communication—journalists and broadcasters, as well as politicians and other public figures—could thus have a functional basis that in practice is inseparable from social and ideological considerations. It is concluded that the patterns of variation found among social groups and situations are undetachable from the discursive meanings generated by linguistic choices.